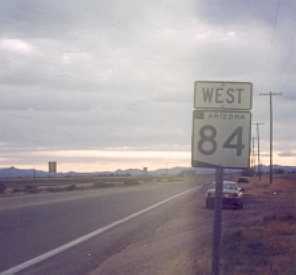 Only a small segment of this route remains. It was at one time a main shortcut for traffic heading west from Tucson to San Diego, since it was a shorter route than US 80. The westbound I-10 frontage road from Tucson to Eloy is part of the old highway. Another piece still exists as Business Loop I-8 in Gila Bend. I-10 and I-8 replaced most of this route. 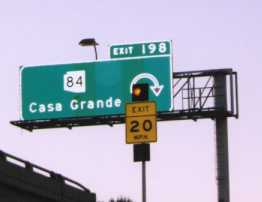 In 1998, the route between Eloy and Casa Grande was decommissioned. This is part of a very old interchange -- note the substandard exit. 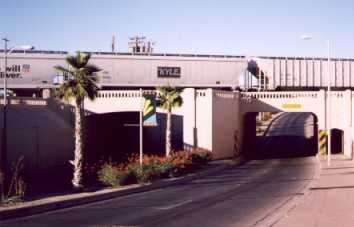 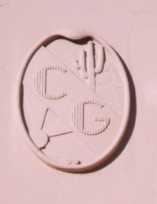 The old Southern Pacific underpass at Casa Grande. The right side was built in 1936, and the left in 1962. The crest is over the pedestrian tunnel. 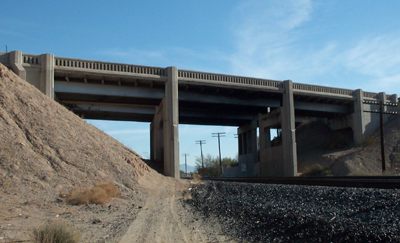 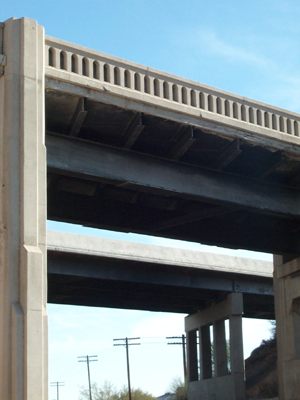 Another old set of bridges, in Gila Bend. They're now Business Loop I-8. The bridge in the foreground is from 1934, and the other is from 1960. 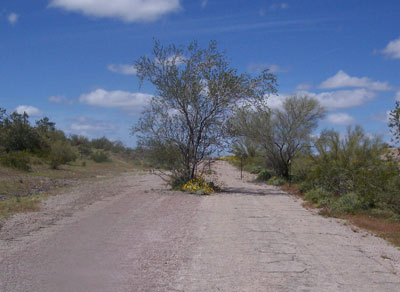 Abandoned section of AZ 84 between Casa Grande and Gila Bend.