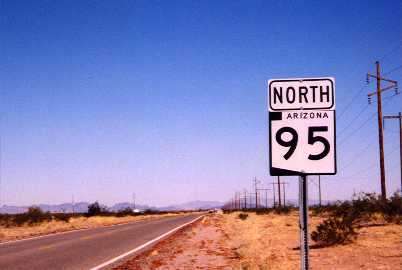 The southern segment from San Luis to Quartzsite became US 95, a rare case of a state route becoming a US route, rather than the reverse. 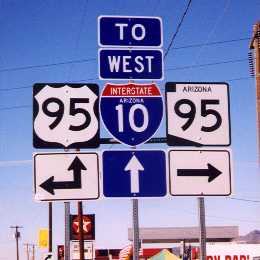 As can be seen here, they do intersect, in the middle of Quartzsite.

AZ 95 north of Quartzsite was rerouted on a more direct route to Parker, and took over part of AZ 72. The old road to Bouse still exists as a county road. 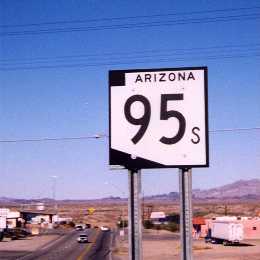 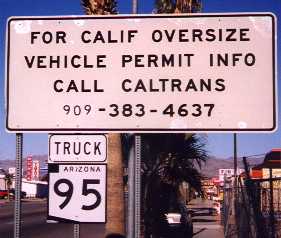 The short road connecting AZ 95 to CA 62 is one of Arizona's few marked SPUR routes. For some reason, it's also marked with a TRUCK sign. However, TRUCK routes are normaly bypass routes, and that isn't the case here. I think someone just thought it appropriate for this sign. 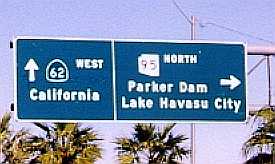 The respective state routes are marked on both sides of the border. Good job!

There is also a SPUR AZ 95 at Parker Dam, and an unmarked BUSINESS AZ 95 in Lake Havasu City. 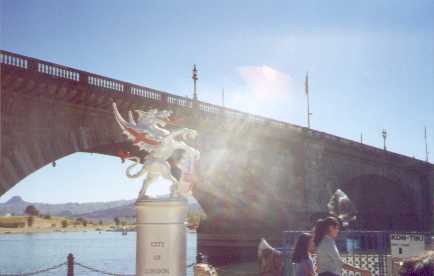 In Lake Havasu City, AZ 95 connects to the London Bridge. If you count the time it spend over the Thames, it's the oldest bridge in Arizona.